We would like to announce that we have decided to support NICE (Japan International Work Camp Center). NICE is a specified nonprofit corporation, which conducts projects to support children’s afterschool care centers in Iwate, Miyagi, and Fukushima Prefecture, which were seriously damaged in the Great East Japan Earthquake. The subsidy price for this project is 37,760,000 yen in 2015, 42,120,000 yen in 2016, 16,150,000 yen in 2017, and the total amount is 96,030,000 yen.

NICE was established in 1990, and has conducted volunteer programs such as work camp projects in 95 domestic and foreign countries. NICE is the only organization in Japan (except for the Japanese branches of the International NGOs ) , which is belonged to the United Nations / CCIVS (currently finance director), and has one of the best united networks in the world. By cooperating with all over Japan and the world, NICE has been eager to develop a society which different ecosystem, culture, and personalities can collaborate.

Along with the school and home, children’s care centers have an important role to make sure the environment is safe so that children can play and relieve. However, ever since the earthquake occurred, staff members of children’s care centers have been under the pressure of extremely busy work. In addition, as the number of the children users increase, the care center could not function properly as the place where children can play. Therefore, NICE has provided playing environments to the children since 2012. In 2014, with the donation from Water Dragon Foundation, NICE was able to provide playing sites to children in these children’s houses in Miyagi and Fukushima Prefecture by cooperating. Many foreign volunteer members also participate in this program to enhance the quality of learning.
Since 2015, NICE has held the “Camp de English”. More than 1000 elementary and junior high school students, and volunteer members from all over Japan and the world participated in this program to help the kids. Most playing experience is taken place in the nature, one of the best attractive points in Iwate. Participants realizes the hometown’s value, and in addition, with engagement with foreign volunteers, students also have an opportunity to study “English”and understand other countries’ culture.

“Play with English” at Koiwai farm in spring 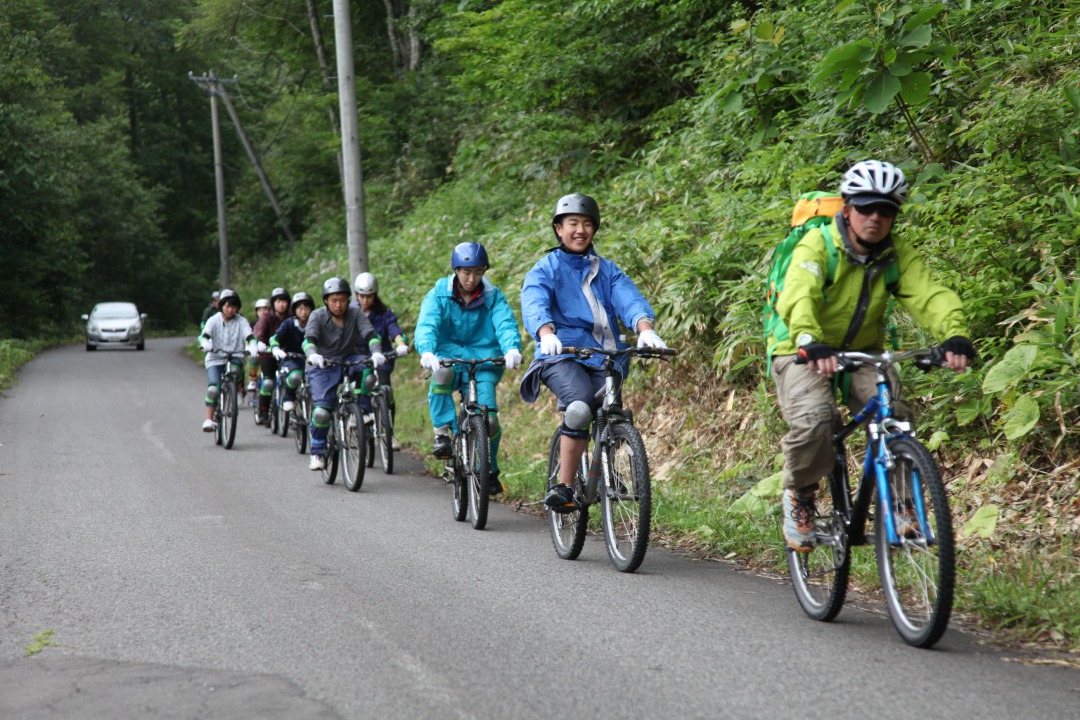 Halloween Party at Takizawa at the foot of Mt. Iwate